The Rua Augusta Arch – Behind the Scenes

Behind the Scenes – The Rua Augusta Arch, Lisbon

I took this photo on a Summer Afternoon when I was a turist on my own city, discovering sites and details on which I never noticed.

The Rua Augusta Arch, on the heart of the city of Lisbon, was built to celebrate the reconstruction of Lisbon, after the 1755 Earthquake. Altough not being as well known as the Triumphal Arch in Paris, I think is second to none.

I love this area of Lisbon for its architecture, but mostly because of the history related to the reconstruction of the city and to the Carnation Revolution, on 25 April 1975, which led to the end of the long long dictatorship in Portugal.

On the top of the Arch is written “Às Virtudes dos Maiores, para que sirva a todos de ensinamento.” which means something like “To the virtue of the Greatest, to serve as a model for all.”. This alludes to the remete to the greatness of the old Portuguese Empire and the discovery of new people and new cultures.

I haven’t done anything special on Photoshop, besides correction of contrast. I chose a square framing, because I think the symmetry suits well this photo. 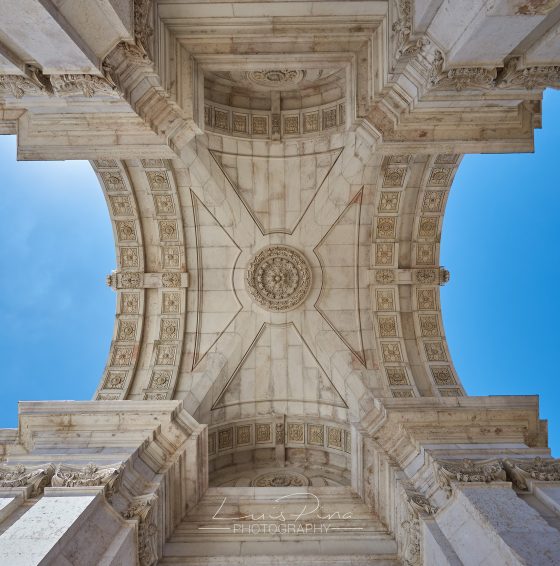 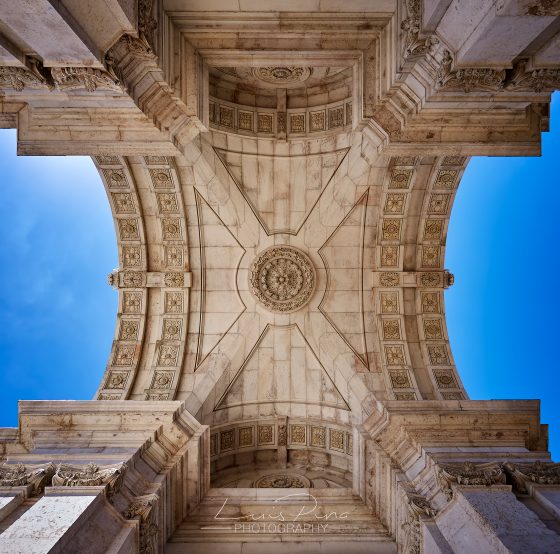 Sometimes there are details on which we don’t notice on the city where we live, because we pass there everyday. Stop on a location where you live and see every detail of the view that you are seeing and I guaranteee to you that you’ll notice something that you’ve never saw 🙂

Were you alread on the Rua Augusta Arch and stopped to look above?