10 Best Spots in London to Photograph

London is the capital and most populous city in England and the United Kingdom and one of the biggest cities the world. If you have a Bucket List for cities to visit, London should be on your Top 5.

On the last few years, London has seen a rise in modern Architecture, with some of the most amazing skyscrappers and buildings. You can see cranes everywhere in the city and each new year, the city is expanding more and more.

I will give you here what in my opinion are the 10 Best Spots in London to Photograph, by no particular order.

The Shard and surroundings

The Shard is the tallest building in London, the 4th in Europe but only the 105th in the world. It was inaugurated in 2012 and resembles a sci-fi movie which generated a little bit of controversy for the inhabitants. Now it’s seen as a Landmark of the city, where you can have an amazing but expensive view of the city, at the top of the building on the observation deck.

I love this spot, specially at sunset, when the lights of the office buildings come out. At morning or weekends, I think the shot will not be as good because not so many people are working as in the sunset hours.

I found this spot on the amazing website Location Scout, where you can find the best spots from all over the world. Be sure to check it out here. 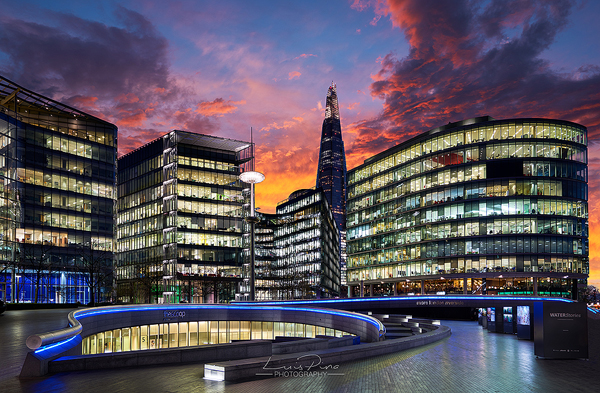 Tower Bridge, which many people including myself, confuse with London Bridge, is one of the best known bridges in the world and one of the highlights of the city.

You can photograph Tower Bridge from many different spots, but I found this one to be the most interesting one. I intentionally blocked The Shard with one of the Bridge Towers, because I wanted to highlight the Bridge. At sunset is the best time from this spot, as the sun sets behind the Bridge. 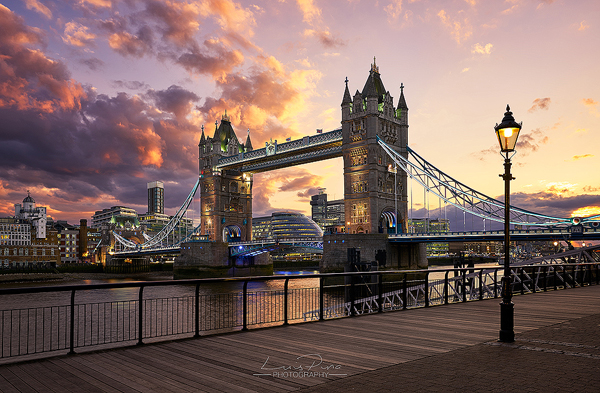 The Palace of Westminster also known as House of Parliament, is the symbol of London, with the most known monument being the Elizabeth Tower or Big Ben.

The best spot to photograph this monument, is in my opinion, from the other side of the River Thames. Unfortunately at this time, maintenance works are being made on the monument and that was the reason for me to not include more of the Palace in the photo below.

I wrote a Post of the Behind the Scenes from this photo. Click here to take a look! 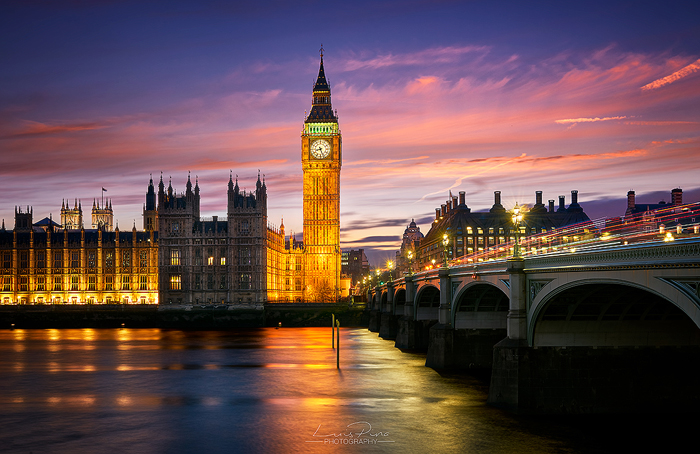 The Elizabeth Tower or Big Ben and one of the most known monuments in the world. In early 2017, maintenance works are going to start, so be very quick to take a photo now!

My favourite spot to include only the Big Ben, is behind an entrance, which serves as a frame for the shot. The photo below with the bride was actually completely unexpected. If you want to know the story behind it, click here. 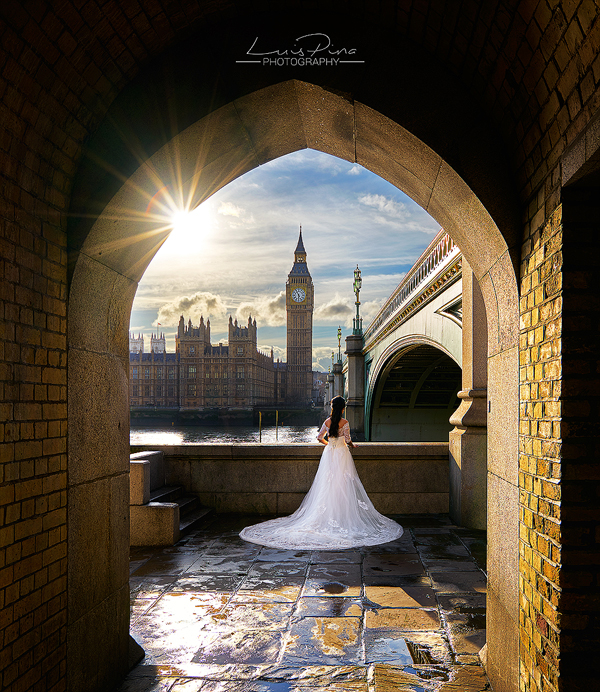 And here a photo at night. 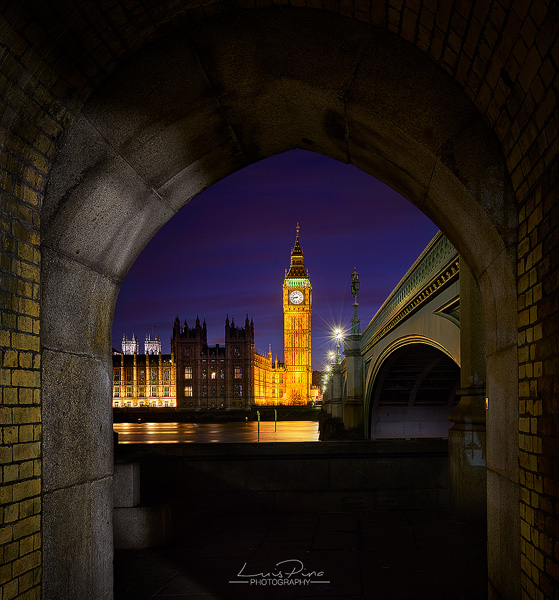 St. Paul’s Cathedral, with its famous dome, is the most famous church in London and it was until 1967 the highest building in the city.

The Millenium Bridge was initially opened in 2000 but was later closed on the opening day due to a swaying motion. Modifications were made and it was reopened two years after. The bridge was built in such a way that doesn’t block the view of the Cathedral.

I really like two spots to take photos of this church. One is on the end of the Millenium Bridge. I love the lights that turn on at night on the bridge serving as a nice foreground for the photo.

The other spot is below the bridge and I like the vertical composition, which is not so usual on my Portfolio. 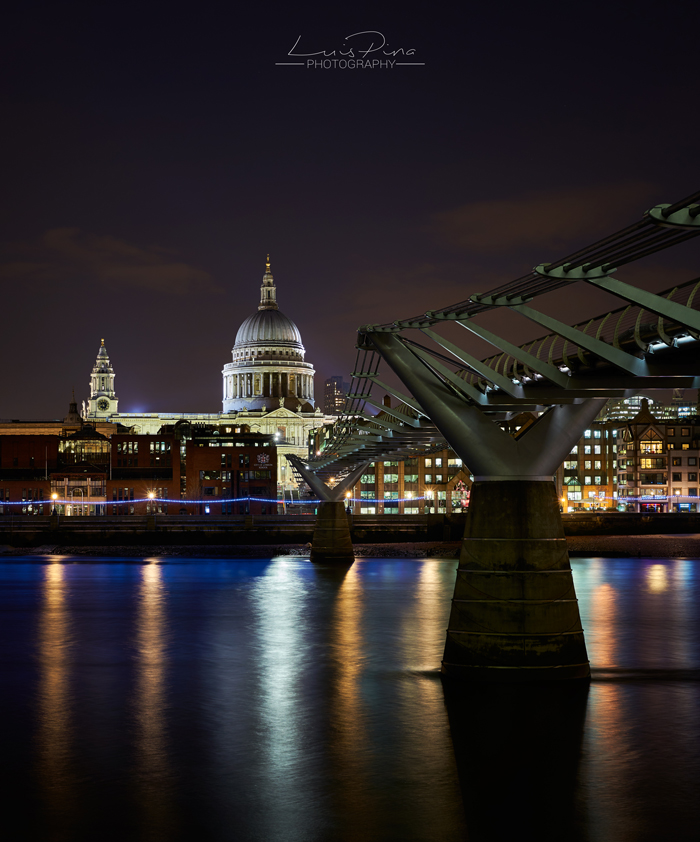 The Greenwich Royal Observatory is known as the location of the prime meridian. From this view point, Canary Wharf can be seen, which is a business district with some of the tallest buildings in Europe.

The view from the top of the Observatory is really amazing. You can see the Queen’s House below in the photo and the Canary Wharf district behind it. Take notice that the park has opening and closing time so if you want to take a photo at sunrise or sunset take special time at which time of the year you can do this.

The National History Museum in London, is one of the most important museums in the world and its free to visit! The entrance to the Geological exhibition is this amazing “stairs that pass through the center of the world”. On this museum you can also find the world famous Dinosaur exhibition. 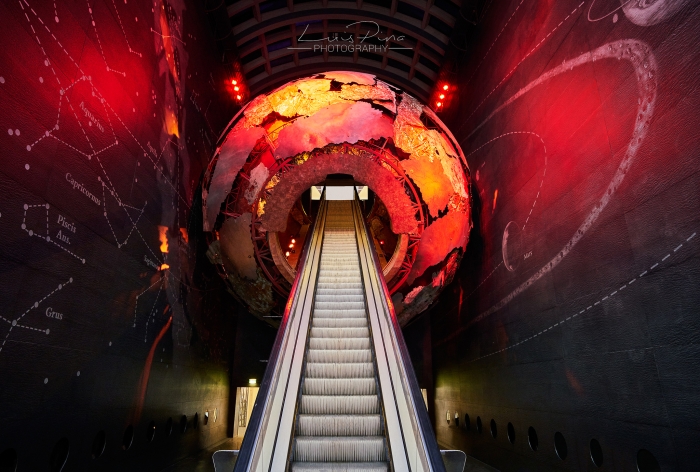 The Leadenhall Market is not by any means a famous place but I really like its Architecture details. It is one of the oldest markets in London and is located in the historic center of the City of London financial district.

Like many other spots, be sure to be there early if you don’t want anyone on the shot. 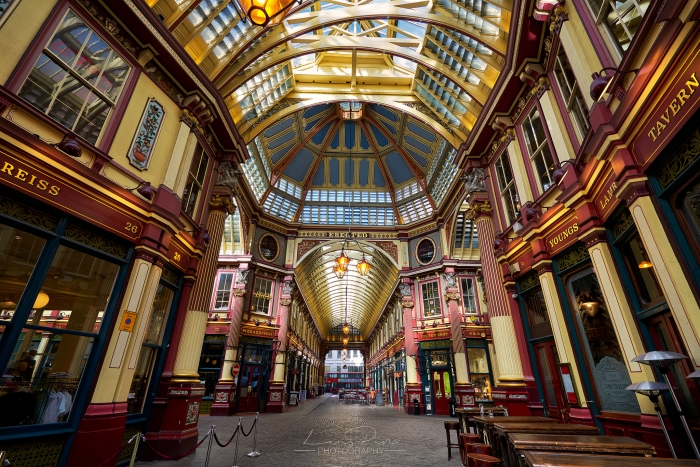 Convent Garden is a district in London and it is associated with the former fruit-and-vegetable market in the central square. Now it’s a popular shopping and tourist site which is also known as Convent Garden. It’s a really nice place, specially at Christmas time, when it’s full of lights. My girlfriend Andreia, which also as a Blog, made a video of London, on which you can see those lights. To see it, click here.

You can also see a lot of spectacular street performers there. 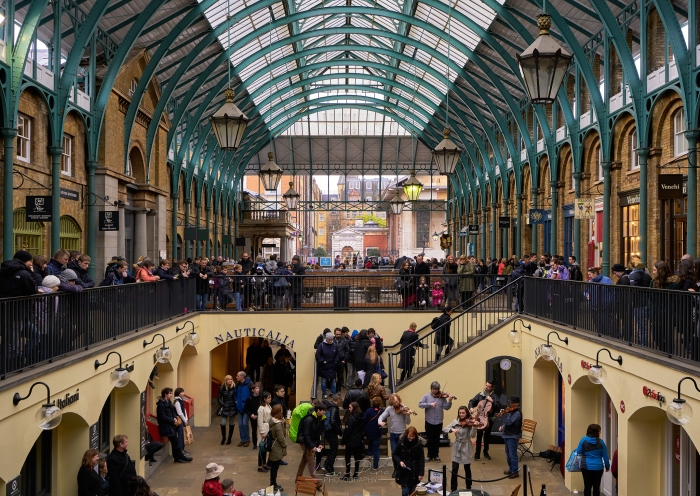 Kings Cross railway station is a major London railway terminus and where you can catch the train to Hogwarts, on the famous platform 9¾ 🙂

Some restoration works were done on this station and a steel structure was built to serve as a ceiling. 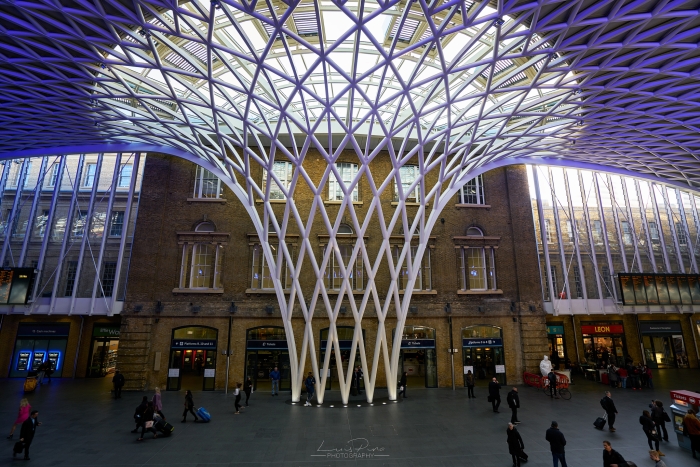 And that’s it. Always very difficult to choose only 10 spots. If you liked this list, you can also check my Top 10 of Barcelona, clicking here.

Comment below if you agree or disagree with this Top 10. If not, let me know your favourite places to photograph in London!