The Big Ben, London – Behind the Scenes

Behind the Scenes – The Big Ben, London

The week I was in London was really awesome and it turned out to be a turn point for what photography means to me and how that changes my Portfolio, for better. It was after that that I decided to create my own website, Luis Pina Photography.

On that week, I felt more inspired than ever and I confess that it was very difficult to return to the normal daily routine. I was already used to walk on the city, relax and just create art.

The days in London were mainly rainy (normal for April) but I was very lucky that at sunset time, the rain would stop and the skies would have the most spectacular and dramatic colors.

On my first day, I chose to photograph the Big Ben at sunset and check out the amazing sky that appeared, only two hours after stormy weather..unbelievable :)..

Sometimes I need to have some luck hehe

Regarding the photo, I merged some photos to have a correct final exposure. The car lights on the bridge were photographed later, when it was darker, as well as the Westminster Palace and Big Ben lights.

After that I calibrated the colors with the Color Efex Pro filter, I used a High Pass filter on Photoshop to sharpen the image and corrected the noise with the Topaz DeNoise filter.

The before and after:

And here the final image. 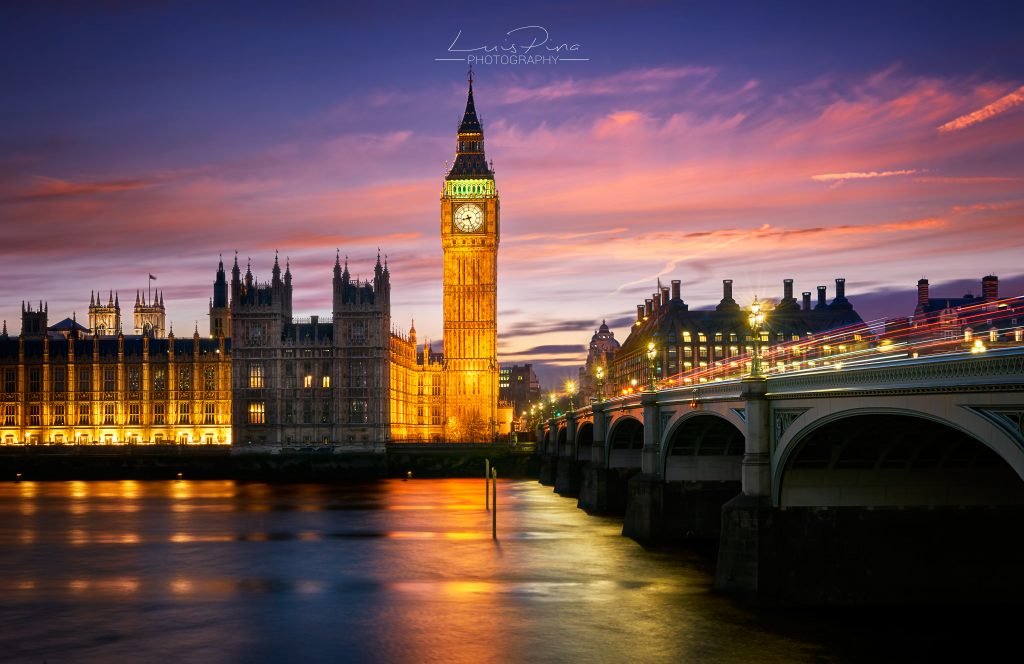 Were you already in London? Did it already happen to you to have a stormy weather day and then at sunset the sky turns out to be the most amazing thing?