The Fisherman of Bregenz – Behind the Scenes

Bregenz is an Austrian city, on the border of Germany and Switzerland. It’s situated on the Lake Constance and serves as an entrance to the Alps.

On a weekend with nice weather, I wanted to walk a little bit around here, on a place where I could take a photo and ended choosing the Bregenz Pier. It’s not a very well known place, but I liked a photo that I found on the Internet and I took some inspiration out of it.

Fisherman of Bregenz – Behind the Scenes

The photo “The Fisherman of Bregenz“, was totally unexpected, just like the “The Runaway Bride” photo. Normally I take photos of urban and natural landscapes, but I ‘ve been enjoying taking shots of people together with a nice landscape. Those photos are on the gallery “Frozen in Time”.

I was taking this photograph of the Bregenz Pier at sunset and when it was already darkening, a man appeared on the scene, with a fishing-rod. It was really dark, so it was a little bit difficult to take a shot where he was frozen and well lighten. I had to use a ISO of 1250, aperture of f/4, to have the highest amount of light, without have a noisier image, but still a shutter speed of 1,3 seconds was a little bit long to photograph a subject in movement. I waited and hoped that the Fisherman didn’t move, which turned out to happen 🙂

Two photos were used to compose the final shot. The original photo below is with the right exposition: 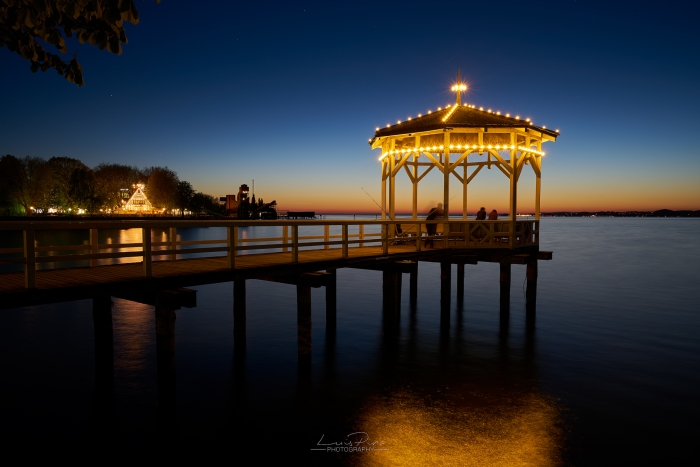 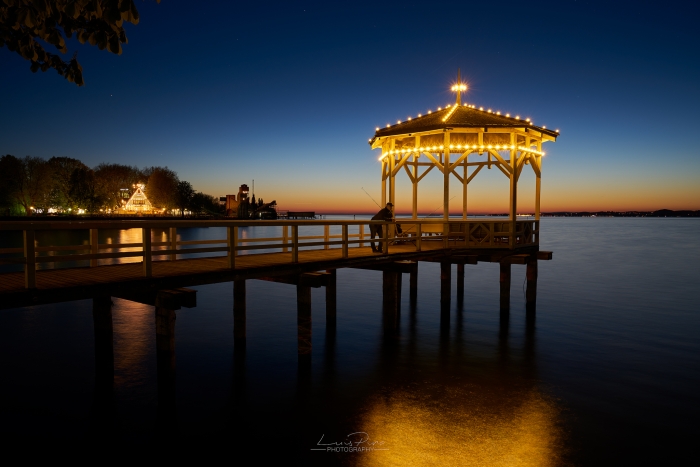 I merged the two photos and erased the other people on the shot, which in my opinion where being a distraction to the final message of the image. 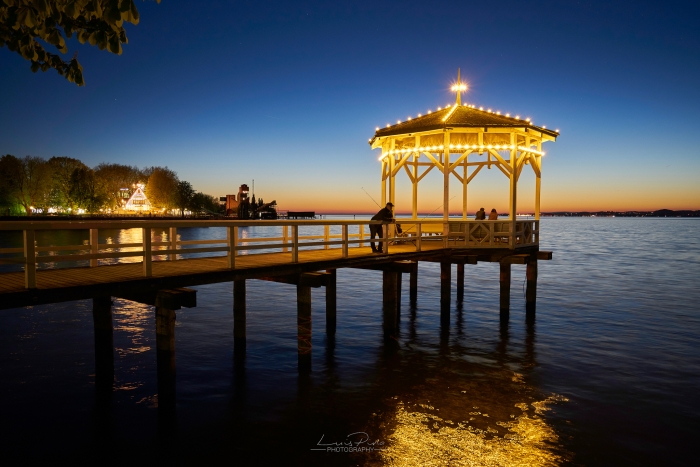 Until the final image, few modifications were made. Most of the post processing was made with the Color Effex Pro filter from Nik Collection by Google, to bring the colors and contrast. The brightness of the image was raised, because the photo was very dark. A High Pass filter was applied, to sharpen the image and the noise was corrected with Topaz DeNoise filter. 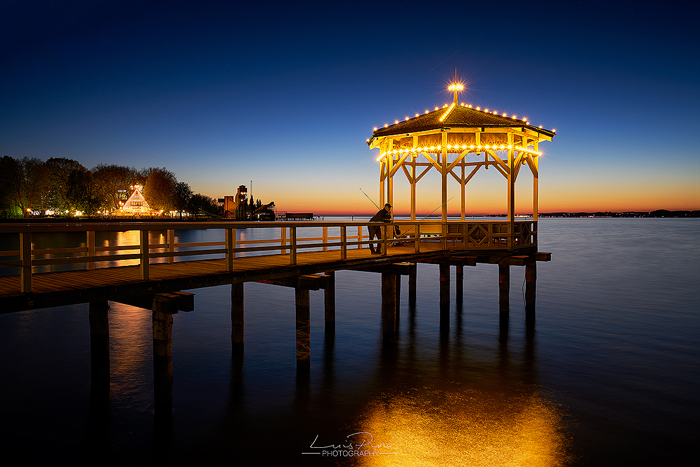 After I took the photo I thought about going to speak with the Fisherman, but I didn’t have time so I really had to go. Who is he? What is he thinking when he stares down the water? What kind of ideas and dreams does he have? I guess those answers will never be answered. But maybe the fact that I didn’t met him gives me the freedom to imagine what kind of living does he have, as I don’t have the real answers.

I hope you enjoyed this behind the scenes of “The Fisherman of Bregenz” photo. Leave a comment below and give your opinion!:)

P.S – You can purchase a print or a digital download of this photo here.